Create an Account - Increase your productivity, customize your experience, and engage in information you care about.

In 1848 the local stop of the newly opened Paterson and Ramapo Railroad was named Ramsey. The cash crop in local agriculture was strawberries, and four to eight railroad cars were loaded each night in season. In 1851, 1 million baskets of strawberries were shipped to New York City.

In the years before the railroad, this section of the county was strictly rural. Narrow dirt roads divided farms ranging from 50 to 500 acres, and consisting of woodland, pastures, orchards and cultivated areas. Old correspondence and records indicate that the average farm devoted from 1 to 5 acres exclusively to the raising of strawberries.

Strawberries to the Market

Produce was taken by wagon either to Washington Island Market in Paterson, the Old Newark Market, near the present Pennsylvania Station in Newark, or, in New York, to the Gansevoort Market at the foot of 14th Street, or Dey Street Commission Market. The wagon parade generally began early Friday mornings. "Toll gates" en route exacted $0.05 for each wagon, $0.03 for cow driven through, and $0.01 for sheep. At the markets, the wagons lined up in the open market spaces, displaying whatever produce they had brought for the benefit of retail merchants and hotel buyers.

Strawberries were obviously a potential source of freight revenue for the new railroads. In 1846 a fruit train was put on the main line of the Erie, from Suffern to Piermont, during the berry season, according to Mott, in his Story of the Erie. It carried 400,000 baskets of strawberries that season. In 1847 this train consisted of 9 cars, and on every trip was loaded to the top with strawberries. Some trips 80,000 baskets were carried. Two cars of the train were needed to carry the berry growers, who went to New York to dispose of their berries. In June 1947 the New York Herald Tribune carried an item under "One Hundred Years Ago" headed "Strawberries." It stated that "the Erie Railroad yesterday (1847) brought to New York 37,453 baskets of this fruit."

Popular varieties grown in this section were the "Scotch Runner," a long, tapering dark berry, the "Charles Downing" and the "Hautboy," both a light red berry. The season ran from June 1 to the 2nd week in July. According to the Bergen County Panorama (1941) the center of strawberry growing had shifted to the vicinity of Allendale and Ramsey by 1850. From sidings of the Paterson and Ramapo's station stops at Ramsey's and Allendale, from 4 to 8 carloads were dispatched nightly, during the season.

Long lines of wagons, extending westward along the "Wyckoff Road" and eastward as far back as the "Little Saddle River Road" (Lake Street) awaited their turn to check in their berries in the cars on the siding at Ramsey's.

The freight rate was 12 and 1/2 cents a crate. The cost of picking berries was a cent a basket, plus board for the pickers during the season. The selling price at that time averaged from $0.02 to $0.05 cents for a half-pint basket. The berries were "hulled" before being placed in the baskets, and each basket contained approximately 24 berries. Two hundred baskets were packed in a crate. It was a poor season that netted only $500 for a farmer. Records show as much as $2,000 cleared in a season.

Reporting the strawberry crop of 1856, the Tri-Weekly Guardian of Paterson mentioned that soil and temperature in Bergen and Passaic Counties seemed particularly adapted to the growing of this fruit. It predicted that Paterson would always be the Strawberry City of the world because of its situation! The Guardian also reported that the estimated gross receipts of the counties for this crop were a $250,000 that year. Its volume is evidenced again in 1858 by a report in the Bergen Journal that "170 wagons containing over 221,000 baskets of strawberries passed through the Bergen Turnpike during a single night."

The strawberry crop was so important to this section that in 1840 William A. Packer of Saddle River erected a saw mill and installed machinery for making baskets for marketing fruits and berries. For over 40 years Saddle River was the basket-making center of the United States.

Strawberries continued to be an important seasonal crop for many years, until South Jersey and Long Island became the great berry producers. The homes of commuters have displaced our berry patches and orchards.
Calendar 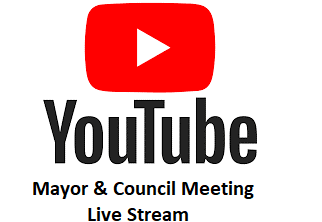